The build-up for this upcoming Spartan Sprint Calgary has been an interesting one. Red Deer was such a successful race for me and I felt good during that race, naturally that should mean that I feel really confident going in to this race but it is quite the opposite. Since the Red Deer Sprint, I’ve done a grand total of 2 training runs, had quite a few injuries, have been working more on mass building then my cardio, and generally have been less focused on racing to instead just enjoy summer with my kids.

Now as far as the lack of running, it’s been so hot of late and my schedule is such that I would really have to compromise sleep for running. All that I’ve read lately about successful training patterns has taught me that is a sure way to actually get slower and injured, but a pattern I followed last year which ended up with me being exactly that plus burnt out on running. I’m hoping that being active enough and doing my lifting sessions at an elevated almost “cardio level” heart rate will make up for that. It worked for me in the fall with the Gorilla Run so maybe lightning will strike twice.

The injuries I’ve been dealing with has been equally frustrating. Sprained my wrist falling off Olympus in Red Deer, which I still tried to train through on my strength sessions for a few weeks. This only made it worse plus also gave a me a pinched nerve in my Trapezius. After a couple of “bro” days trying to still work through it I had to shut it down for some time to stop hurting myself. Now just as that was healing and I could tell I would be able to train again I sprained my big toe at work. I think the biggest worry I have is the toe, it has made it hard to walk somedays or can induce a sudden, sharp pain right up my whole body that makes me have to stop completely. It’s been a very infuriating time, so I took a step back and realized I haven’t been doing nearly the amount of pre-hab and stretching I’m used to. This really was bound to happen, and lesson going forward.

The choice to focus on mass building over cardio is one I know in OCR will not benefit me much, however this is a long-term focused decision over a short term one. Getting closer to an age where men have a harder time building and retaining muscle mass, I want to try and build that up prior to my body before I have to work extra hard for smaller results.

As far as focusing on kids instead of racing that’s just simple no brainer. They are the most important thing in my life and nothing is worth more than time with them.

The result is going in to Calgary my confidence for a good outcome is not high. I’m still going to push my hardest, hope the injuries are feeling ok on the day and leave it all on the course. My goal for the race at the start of the year was top 10% but realistically at the moment if I can be in the 15-20% range I’ll take that. 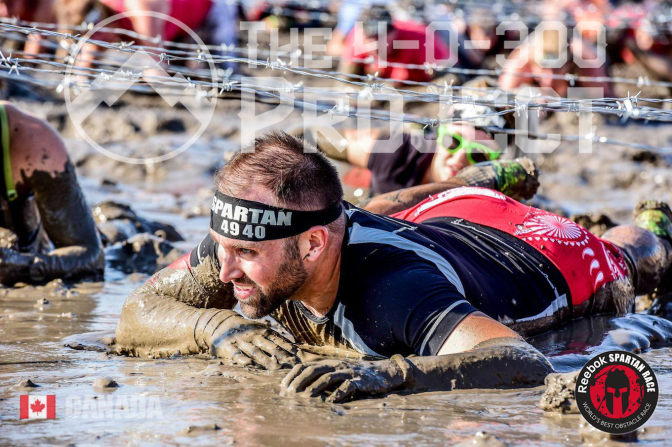