Weather: Very cool morning was trying to warm up, High of 9°C during the race

Festival Area: So the organizers of this race had an uphill battle for this festival area. First factor being it’s a smaller event so it’s hard to get sponsors and vendors to come out, secondly you’re setting up downtown in a major city on the weekend so space is at a premium. However, the festival area was great and not just great within those parameters but great for any race, probably second only to the Montana Beast in my experiences. They had a food truck, massage tables, gyms and their sponsors out in full force including Red Bull out handing out drinks (say what you want about the product, it’s great having a brand that big out supporting the sport).

Course Conditions: Nice and dry, which was lucky as that time of year it could have easily been slippery with a foot of snow on the ground, so we’ll take it.

Course Layout: The X Run is not a true obstacle course race as there are no obstacles. Starting along the fringe of downtown Calgary you ran a 5K on the banks of the Bow River on the city’s pathway system. On the way you come up to 10 “Penalty” zones or as I call them “Challenge” zones (penalty to me sounds like I screwed up and failed somewhere as opposed to a pre-planned physical activity zone) where you did exercises like burpees, push-ups, air squats to name a few all of which were bodyweight only. At the halfway point you ran across a bridge over the river and started back towards the finish with the challenge zone exercises almost mirroring the first half in reverse order. One more bridge back across to the original side and then up a very slight uphill and into the finish line.

Favorite Challenge Station: Had to get creative here as there isn’t an obstacle to pick here. My favorite exercise we did during the race is one that is usually on the opposite end of the spectrum as my least favorite, I killed the mountain climbers stations. Running with my sister she basically challenged me to do all the stations when I was planning on skipping this one since I despise mountain climbers, but I did them and did them well. I just focused on doing them fast and it was a good ego boost to be digging up a trench when you slammed your feet into the earth.

Favorite Aspect (not obstacle): As someone who loves this city it was spectacular to watch the sunrise above the downtown high rises on the return half of the course.

Race Synopsis: While not a true OCR the X Run was still enough of a challenge to feel like I tested myself. My difficulty in this race was again dealing with shin splints (anyone have advice on these leave me a comment below) which slowed me down unlike the Red Deer Super, to the point I had to have a couple of walking breaks. So that would be the only area I was to improve for the next race. No fails in this race as you couldn’t fail a challenge zone only do it or not, did all of the stations so it’s moral victory there.

So as I just stated this isn’t fails this time but since I keep track got put it out there.

First Perfect score, now throw some obstacles on there 🙂

Biggest Critique: This isn’t on the organizers or anyone from X Warrior this on all the people who didn’t do it, this is an awesome event (in case you couldn’t tell from the post yet) so get out and sign up right away for the twin race the X Resolution Run on January 1st.

Lessons Learnt: Not much to take away personally other than I need to figure out shin splint relief and whatever is causing them for me. The big lesson is that these guys do great events can’t wait for the Resolution Run and sign up for their big event in 2017. 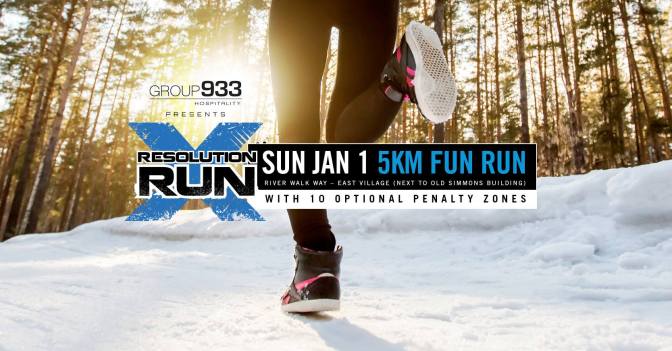