Coming off my Calgary Sprint race I was super excited for Red Deer, the Super, and finishing my Trifecta. However, there was one large problem in the last week and a half prior to the Calgary Sprint, I developed shin splints. Running the double sprint definitely didn’t make them any better. So I had to take time off running which meant I only did 2 training runs in the 3 weeks between races. It was extremely disappointing as this my “A” race, the one I had geared my season around. Knowing that I would probably not have the result I wanted sucked but I told myself that I was going to try to hit my goal time anyway as I only have one race left and why not go all out as I have a whole offseason to recover. For me as long as I could tolerate the pain I was going to keep running, then I’d deal with the consequences later.

Now other than the running my training went pretty great, the three-week training window doesn’t allow you to slack really. I took 2 days off after Calgary then got right back at it. With 2 of my failed obstacles in Calgary being stupid mistakes I was really looking forward to fixing those and was planning on dropping my burpee count to 60 for this race.

The biggest task for me was keeping my focus on the race as I would often drift off and think of the reward of the “Trifecta”. While I know it’s important to focus on the goal at the end it’s equally if not more important to focus on the task at hand the execution of the race to achieve said goal. So I kept reminding myself that if I didn’t actually finish and do well then the whole year would have been a bust and to keep my mind on the Super, not surprisingly that worked pretty well.

So now the only thing left to do was run, after maybe popping some Advil for the shin splints.

Check back to see how I did later this week. 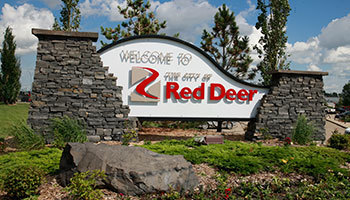